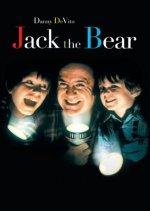 I was delighted to see one of my old favorites is on Netflix. Jack the Bear. Before tonight, I probably haven’t seen it since the end of the 90’s, but it’s a movie that I’ve thought about from time to time.

John works as an actor.. He hosts a TV show and does commercials. He also has a drinking problem.. John’s drinking affects his parenting and Jack assumes responsibility for Dylan.

When a neighbor kidnaps Dylan, Jack has to handle the situation himself until John gets home. They’re desperate, angry, scared and they do what they can to find Dylan.

Great acting and a powerful story. I’ll probably watch it again within the next few days.