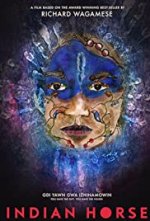 What a movie. I almost shut the movie off without finishing it. Not because it wasn’t good. It is a very good movie. Too good. Too believable and accurate. The first part of the movie had me so enraged, I wanted reach through the screen, grab the Christian zealots and snap their fucking necks.

Somehow I made it through the movie without destroying my monitor

I remember talking to a friend about the movie “The Education of Little Tree”. My friend felt that they didn’t properly portray the boarding school that Little Tree was forced into. She thought the movie was too soft, that it didn’t accurately show the horrors that happened at those boarding schools.

I remember saying something about how it might not have been as bad at some schools as it was at others. But also “The Education of Little Tree” is rated PG and technically a kids’ movie, though it is quite fine for all ages. They would not have shown such brutality in a PG movie. Though, I thought what they did show at least gave an idea of how harsh it was.

Indian Horse is rated MA. The horrors at the boarding school are very clearly shown, in depth. It made me very angry. It made me want to yell at Christians I know who think they’re victimtized by other cultures.

Indian Horse is set in Canada. From the late 1800’s to 1996, Indigenous children were taken from their parents and put in boarding schools that were run by the Church. There, they faced all manners of abuse.