Back in November, my twin brother Fred and I each got a DNA test kit from MyHeritage.com. We did the swabs and sent them back.

My results came on December 10. 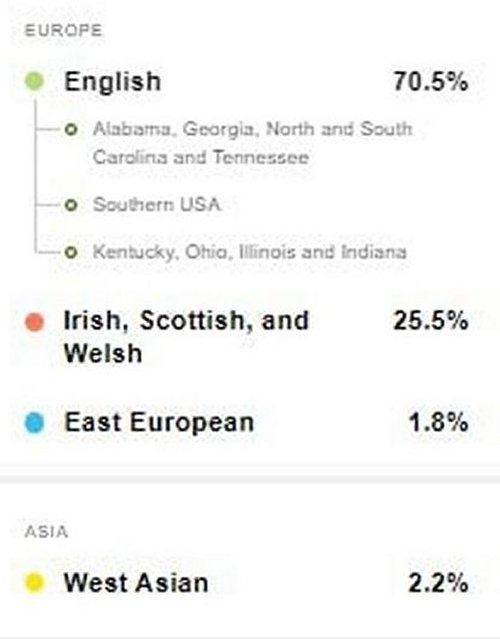 Our results are slightly different, but I don’t think that means anything. The difference is just a pinch. One of the reasons I wanted Fred and I to both have our DNA tested is we’re twins and if our results are the same, it should mean the DNA tests are real and accurate.

So, our results being what they are, I’m convinced that MyHeritage is not a rip off.

When Fred’s results came in, he turned up on the list of family on my MyHeritage account. Apparently, they think he and I are the same person under different names.

Though the top four results are English, Irish-Scottish-Welsh, East European and West Asian, there are many more results, but they don’t amount to a percentage.

My DNA was matched with 8,510 other people in MyHeritage’s database. These people are from all over the world. Out of all those people, I recognize only two of them. My brother Fred and our cousin Wendy. 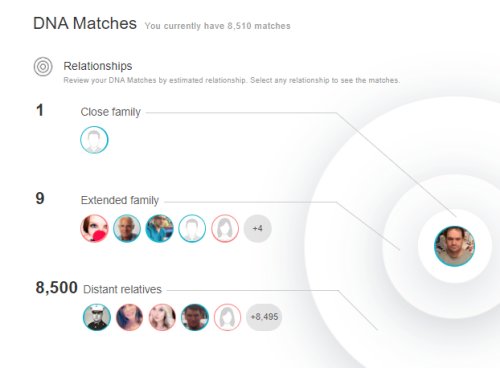 Under Close Family, I have one match. Fred. Under Extended Family, which is cousins from closer branches, I have nine matches. My cousin Wendy is one of them. I don’t know the other eight people.

There are 8,500 Distant Relatives. Maybe I would know some of them, but I haven’t taken the time to go through that list.

One of the eight unknown cousins under Extended Family sent me a message on MyHeritage. He is French and he was born in 1944. He’s looking for his father, or information about his father. His father’s name is James Darnell and he served in France during World War II, which is how his father met his mother.

I know our family has and had a few different men named James Darnell, but I can’t think of any old enough to be this guy’s father. Does anyone have an idea who it might be?