This looks to be the situation

On the kitchen sink. It’s been badly clogged. Barely drains. I know where the clogging is not. The clogging is not in the pipe under the broom closet floor, because if it was, the bathtub would have problems draining too and it doesn’t.

My auger has a 25-foot snake, and that’s plenty long enough for all the drain systems in my house.

I can get the snake down this pipe under the sink. 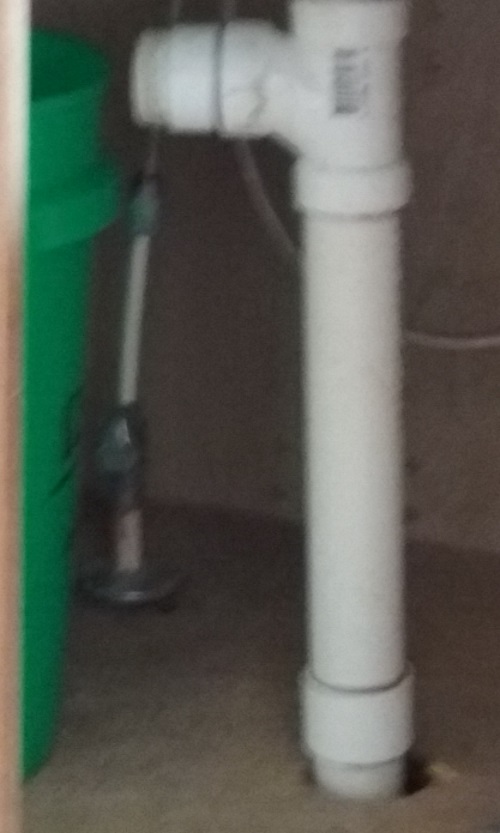 And along this pipe in the basement. 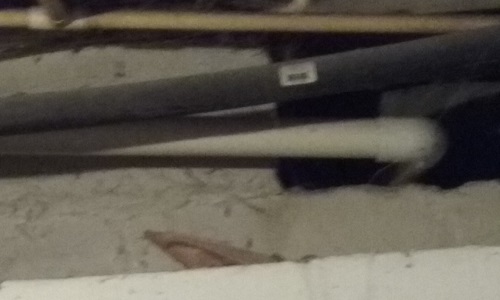 But that’s as far as it will go. It will not turn at that point that goes through the wall. I think it’s because the turn is too sharp. I think we’ll have to cut the pipe just after that turn, and start the snake there.

That goes under the bathroom floor. The blockage would be somewhere between this turn and where the pipe meets the sewer line under the broom closet floor. It’s only about eight feet of pipe from this point to the closet.