So, why is my bow case hanging outside? 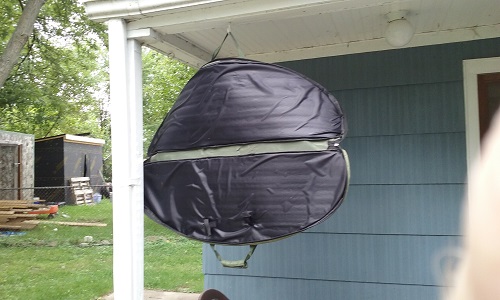 Buddy here thought it would be a wonderful idea to relieve his bladder all over it. 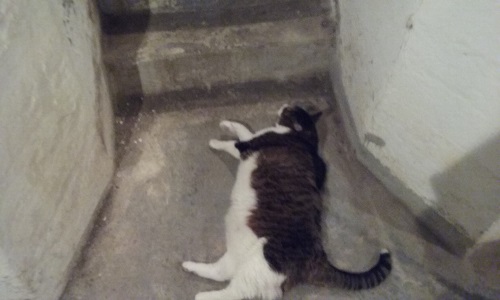 He destroyed three of my couches this way. I have doubts that the smell will ever come out of the bow case, and I’ll probably have to throw it out. I like this case.

No, Buddy will not be murdered, nor will he be given away or dropped off. Yes, I am furious with him. Yes, I lost my temper and yelled at him multiple times, and scared him. I feel bad about that, but this pisses me off.

It’s like I can’t have anything soft in my house. I’ve been keeping him out of the bedroom during the day, because I’m afraid he’ll piss on the bed when I’m not there. I haven’t had a couch in over a year. I’m not going to get another couch until I have a protective cover for it.

Yes, his litter box is fine and he uses it.