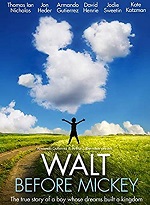 Walt’s path to success was not easy. He was often broke, often unable to pay his employees. I was grossed out when he dug a sandwich out of the garbage and ate it.

But Walt didn’t give up. People said he should, but what did they know?

I paused the movie many times to look things up 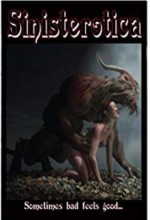 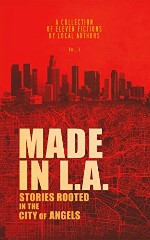 Made in L.A. is an anthology of stories rooted in Los Angeles. I don’t think all of the authors are currently living in L.A., but I believe they all had at one time or another. I picked up Made in L.A. feeling like I would gain insights on life in the City of Angels and, well, I wasn’t disappointed.

The first story is a novella by Allison Rose, called Between Broken Pieces. I admit, at the start, I was put off by the female character who was “maybe” taking pleasure in being sexually assaulted. That seemed like the kind of thing a dudebro would write and it gave me a what-the-hell moment, but I kept reading and soon that scene was making sense.

Between Broken Pieces is a story about a young actress named Mallory Braun. Mallory is a big hit and she has a new movie coming out that everyone is excited about. There are a few different point-of-view characters who all want something from Mallory.

I came away from Between Broken Pieces feeling incredibly impressed. It’s a very good story. One that shows the dark side of Hollywood, in such a way that you can’t help but be dragged along. It made me think of the two Coreys and many other actors and actresses who found themselves caught in Hollywood’s web of tragedy..

We meet Sara in Gabi Lorino’s Going with the Flow. Sara is stressed over her life in Los Angeles. She had come from the east with hopes and dreams, but stability is hard to find. Going with the Flow is well done, and I learned a little from it. For one thing, I didn’t know Angelenos called their interstates the Two, the Five and the…. You get the idea.

Another story by Gabi Lorino is Wild Irish Rose. This one was something else. Made me think about getting old and how time is running out, and that there’s still so much I want to do.

Cody Sisco has three different stories in Made in L.A.. Sisco’s stories are Salt in the Hell Mouth, Little Woman and Unquiet Baggage. They’re  fantasy stories and quite good. I especially liked this quote from Little Woman, “May everyone be treated with respect and empathy, and justice meted to those who deserve it, be they men or women.”

Chromosome Circus, by Amy Sterling Casil, is a bit weird but entertaining. Andre Hardy’s Negro in a Hot Tub is impressive and gives you something to think about.

No Vacancy, by Bonnie Randall, started off feeling like it would be a mainstream-general fiction thing, but eventually turned into a creepy, dark fantasy-ghost story.. A very gripping tale, it is.

Jude-Marie Green brings us Endless Summer. Endless Summer is a romantic science fiction about three friends at the beach. It’s full of music that I can almost hear. I found myself caught up in Kim’s big moment near the end.

Dry Bones, by Dario Ciriello, is a story about a woman who went missing two years earlier. It’s a  good read, creepy and interesting. The writing is so smooth, at times I forgot I was reading and felt as if I was in the story.

Usually when I review short story collections and anthologies, I don’t put in a word about each individual story. I’ll often just make a wrap that covers the entire collection. This is because I feel like I’m saying the same thing over and over again when I write something about each story in the collection. But I felt moved to make an exception for Made in L.A..

What it really boils down to is, all the stories are good and I have no complaints. Some I liked better than others, but there isn’t a single story in this anthology that I disliked. 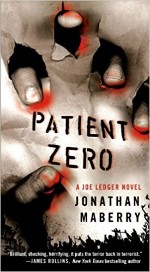 Joe Ledger does not fuck around. He’s a natural badass and the guy you want on your team. Joe doesn’t waste time talking. He takes action and gets the job done.

Joe Ledger, a Baltimore police officer, is recruited by the Department of Military Science to lead the newly formed Echo team against the worst terrorist threat yet. The entire human race is in danger and Joe must not fail. 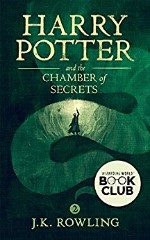 Hogwarts reminds me of Michigan School for the Deaf. Students living at the school and sleeping in the dormitory is one thing. But that’s not all of it.

We see that attitude in Harry Potter and the Chamber of Secrets, the second book of J.K. Rowling‘s Harry Potter series.

Harry returns to Hogwarts for his second year of witchcraft and wizardry studies. This year, he learns an ugly term, mudblood, which is a reference to wizards and witches who come from Muggle families. The term is usually voiced by those from pureblood wizarding families, who are bigots toward the Muggle-born.

Well, the Chamber of Secrets was another fun book. It was quite funny in places, too. I laughed a lot while reading this one.

Harry Potter and the Sorcerer’s Stone is the first book in J.K. Rowling‘s Harry Potter series. Harry’s parents died when he was a year old and he lives with his aunt and uncle who are cruel to him. When he reaches the right age, he enrolls in Hogwarts School of Witchcraft and Wizardry. At Hogwarts, Harry is happy, but is he safe?

Now that I’ve written something about the Sorcerer’s Stone, I can start the Chamber of Secrets. 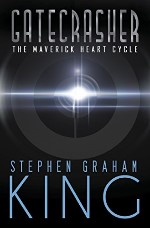 Stephen Graham King really found a voice in The Maverick Heart Circle. I read Soul’s Blood last year and I just finished Gatecrasher. I hear Stephen is working on the third book of the series and I look forward to reading it. These books are fun and they’re easy to get into.

Keene, Lexa-Blue and Vrick visit a space station where a top secret project is being tested. But as secret as the project is, the wrong people know about it and they want to take it for themselves.

Gatecrasher is an action-packed, science fiction thriller. It makes me think of the Die Hard movies. I think that if the Maverick Heart novels ever found their way to a Hollywood producer, there’s a good chance movies will be made on them.

I really enjoyed the banter between Lexa-Blue and Vrick. When Keene and Lexa-Blue met Syoko for the first time, I was laughing so hard at the way Lexa-Blue described Vrick. 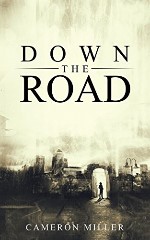 I usually only read self-published books when the author is someone I know or someone I know points the book out to me. Cameron Miller’s Down the Road was pointed out to me and I decided to give it a chance.

Down the Road is a short horror novel about two boys making their way through the ghettos of some city. It reads as if the author is new to the craft. There were a lot of sentences that had more words than necessary. I saw some misused words. There were structural problems in places and at times I felt the pace was too fast.

But, if you can ignore the flawed writing and just pay attention to the story, you might see that Miller has promise. Storywise, I thought Down the Road was pretty good. I was especially impressed with Chapter Three. Miller detailed the fire at the inn and the reaction to it so convincingly that I thought he must have experienced a house fire himself.

The rest of the story was interesting and entertaining enough, and the ending wasn’t bad. With more editing, I think Down the Road could be a great book. 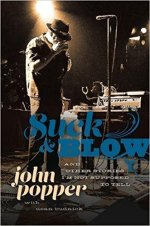 I’ve made it no secret how much I love Blues Traveler. Their music really speaks to me and I can relate to several of their songs. When I found out John Popper had a book out, I promptly added the title to my to-read list.

You know, I always thought I would like John Popper as a person. After reading Suck & Blow, I think that if Popper and I ever found ourselves in a conversation, we would agree on almost anything we discussed. It seems that Popper and I have a lot in common, socially and politically.

Suck & Blow is about Popper’s life. Growing up, discovering the harmonica, the creation of Blues Traveler and the road to success, and the ups and downs that come with the territory, his relationships and so on. In some ways, the book gives me hope.

The Mountains Win Again is one of my favorite songs. It was written Bobby Sheehan, the only Blues Traveler song he wrote entirely on his own. It’s about a girl he was in love with, but their relationship didn’t last. 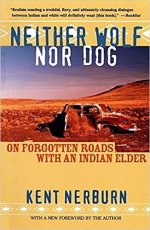 I remember when I was in school, we were learning about the Bering Strait and how it was the land bridge that Indians traveled over to settle the continents of North and South America thousands of years ago. I remember expressing to my teacher that Europe has its own race of people, so does Asia and Africa. North and South America are huge continents, why wouldn’t they have their own race of people too? Why is it that the Natives of America had to have come from somewhere else?

It didn’t make sense to me. I think my teacher said something about how there are a lot of people who would agree with me on that.

The Bering Strait and the ridiculous notion that its how the Indians found their way to America is just one of the things Dan talks about in Neither Wolf Nor Dog.

Dan is an elderly Lakota man, almost eighty years old. He wants to write a book about the life he has known, but he feels he doesn’t have the means or the time to make it happen. So, he’s calls in Kent Nerburn to write the book for him.

The entire story is in Nerburn’s point-of-view. Nerburn records his own experiences and Dan’s long talks., as well as the accounts that Grover, another Lakota, inserts. There are accounts from other people Nerburn meets while working with Dan. The story takes us from the reservation Dan and Grover live on and goes to Wounded Knee.

The chapter on Wounded Knee really got to me. I always knew these things had happened, but I never before felt the depth of pain and outrage that Indians feel. Dan expressed that he wished he knew why it happened the way it did.

Neither Wolf Nor Dog is a very well-written book. Nerburn held true to the promise he made Dan. He did a good job.