Bare Back Magazine published my story “The Carnival“

I just got the word that Fantasy Short Stories Book Three is out in print now. It can be bought from Amazon. I posted about the release of the ebook version the other day.

Like I said, “The Assassination of Stonewall Jackson” is a favorite of mine, out of my own stories. It’s also the second story I’ve sold that had something to do with the Civil War.

The editor threw together a little video.

I feel like I’m moving up in the world when I see my name on the same cover as Gustavo Bondoni’s.

Fantasy Short Stories Book Three is out. The ebook version, anyway. The print version is not out yet, but hopefully it’ll be out soon. My story “The Assassination of Stonewall Jackson” is in this anthology.

“The Assassination of Stonewall Jackson” is one of my favorite stories. I had fun writing it and I’m thrilled that it’s been published.

Bare Back Magazine published my story “The Music Man and the Dream“. 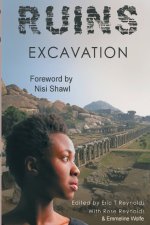