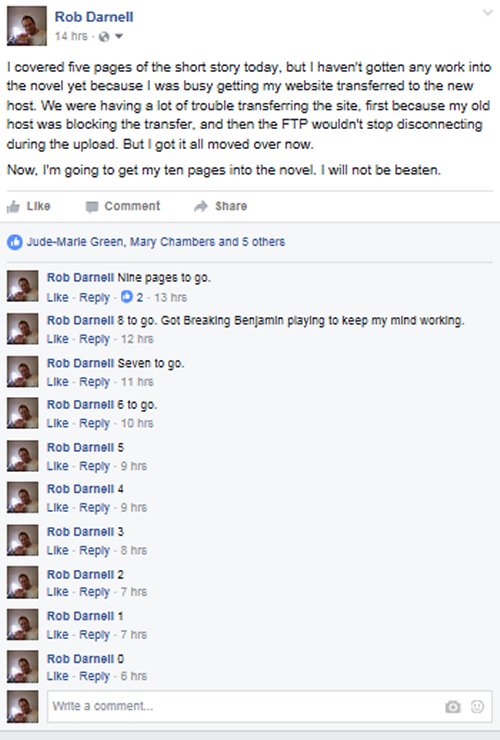 While, legally, it is the second day of the new year, being 2:37 AM and all. For me, it still counts as the first day, because I haven’t gone to bed yet. And I still have a couple more tasks to complete before I can call it a night.

I’ve been busy today. Did five pages on a short story and ten pages on the novel, as well as all the chores on the list.

I made a few adjustments to my daily checklist on December 31 and I decided that would be it. There would be no changes made to the checklist once the new year started, That’s the rule I made for myself. I will keep the checklist the same all through 2017, no matter how frustrating it might eventually become.

Another rule I made for myself is, I can’t go to bed until every task on the list has been checked off. I’m going to do my damnedest to stick to that.

Okay, it’s New Year’s Eve. I’m not going to party and I don’t plan on getting drunk. I have some resolutions for the next year.

1: I will stick with my current work plan. My daily checklist may not undergo even the slightest adjustment after today. It will stay the same all through 2017.

2: Beer and pizza are now rewards for finishing novels. Therefore, I may not purchase beer or pizza until a draft is finished. I will, however, accept beer and pizza if you’re buying.

5: I will get a buck during the 2017 deer hunting season, either with a gun or a bow. I’ve already picked out places on my walls where I want to hang racks.

Yesterday I blogged about how shootings are often weirdly exaggerated in fiction. That brought to mind another thing I often notice, how landmines function in fiction.

How many movies have you seen where a group of soldiers are making their way cross-country and you hear a click? The soldiers stop and look around at each other, and then one of them says “It’s me.”

If the unlucky soldier is really generous, he’ll stand there until his buddies are a safe distance away, and then he’ll lift his foot. Boom, he’s dead.

It’s hard not to think that all the soldier had to do was jump to the ground, cover his head with his arms, and the blast wave might not have done much damage. They jump to the ground when grenades are thrown at them, why can’t they do it when they step on landmines?

Research shows that there were times in real wars when landmines did not function properly and you could stand on them without them going off. But a properly functioning landmine will not give a warning. You won’t hear a click. When you step on a landmine, it goes off. You’re not required to lift your foot for it to go off.

I think the people who create these scenes know this. They might even know that a 12 gauge and .44 Magnum won’t send a person flying backward in real life. Maybe they put those things in because it makes the scenes more thrilling for people who aren’t obsessed with the details like I am.

Personally, I wouldn’t do it that way. I’m overly obsessed with trying to get everything exactly right in my fiction And I’m still afraid that readers of my work will find so many booboos.

I keep seeing scenes in stories and movies, where Character A shoots Character B with, say, a .44 Magnum or a 12 gauge shotgun. Character B goes flying through the air until he crashes into the wall behind him.

If Character A wanted to make Character B fly backward, he’d probably need to shoot him with a rocket launcher. But then, the rocket would just blow Character B to pieces.

If shot with a .44 Magnum, 12 gauge, .50 BMG or any other caliber, Character B will not fly backward. His feet won’t leave the ground. If the projectile hits Character B in the chest, he might fall backward or he might stumble around a bit, and then fall. But he’s not going to be lifted off the ground

I’ve been getting up at 6 AM. I try to have a new blog entry written before seven, but it often takes me longer. And then I work on the novel. If I manage to get ten pages into the novel, I’ll work on a short story and try to get five pages. That doesn’t always mean writing, sometimes it’s editing.

I finish my day by reading no less than  one chapter of whatever book I happen to be reading. Right now it’s Finding Fish, by Antwone Fisher.

I have a checklist on excel, that’s divided into two columns. One column is blog, novel, short story and reading. The other column is chores that I can get up and do if I’m stalled on the stuff in the first column. I don’t always get everything on the list checked off, but I try to. 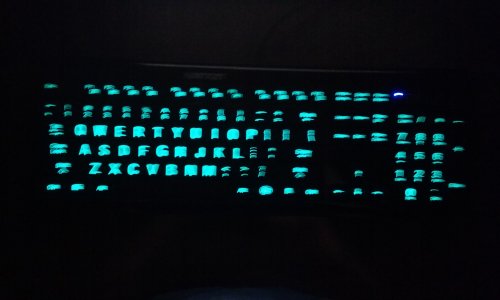 Yesterday was a long day. I spent the entire day putting together a submission package for one of the big publishers. I didn’t think it’d take me till one in the morning to finally submit the thing.

Writing a cover letter and synopsis, and all that stuff, is like pulling teeth. It’s not fun at all. The fun part is writing actual fiction. The rest is just agony.

I got up from my desk only a few times yesterday.

Yesterday I finished going over that one novel again. I finished writing the thing a couple years ago. Some months back, I started reading it, because I needed to make notes for the second book of the series.

While reading it, I ended up making changes and corrections. So, it became a long process. I had already gone over this novel several times before, but there were still some mistakes that I missed the last time I went over it. Also, there were scenes that I decided to change to make them fit better. I think the story has a better ring to it now.

Today I’m stressing over which publishing company to send it to first. Most of the big publishers will only accept agented submissions, but I can think of couple that are open to unagented submissions and I’m leaning toward one of them. I’m also considering some small press publishers.

I’ve shopped this novel around to agents, but haven’t landed one yet. So, I decided to change my game plan a little and see if I can land a publisher, and then maybe I’ll be able to win over an agent.