If you don’t like beer, that’s cool. I have no problem with that. The way I see it, the less beer you drink, the more beer there is for me. But occassionally I encounter someone who doesn’t like beer and criticizes people who do. That’s not cool. I don’t care how many alcoholics you know, when I’m trying to enjoy my beer, the last thing I want is a moral guilt trip about how beer is bad. 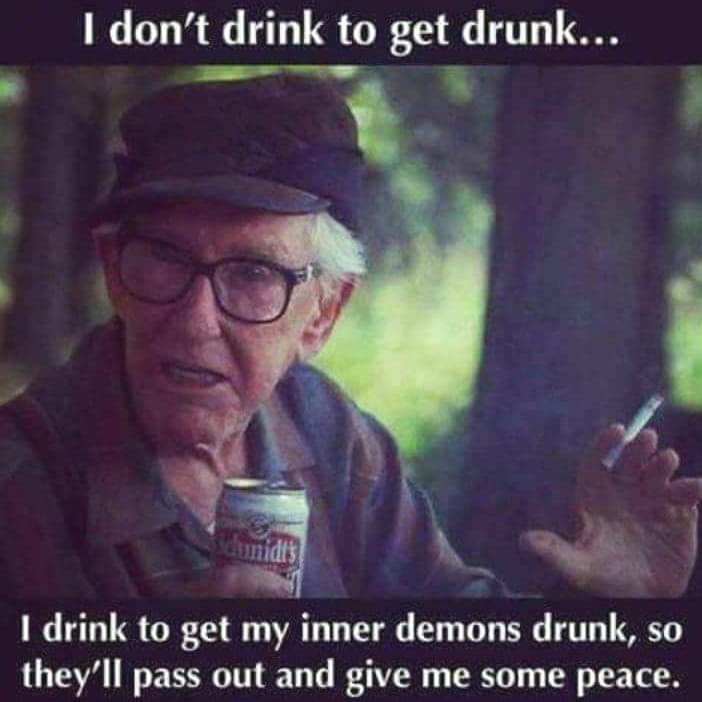 1. Do you like blue cheese? With chicken wings, yes.
2. Coke or Pepsi? Both
3. Do you own a gun? Several…
4. What flavor of Kool-aid? Lemonade
5. Hot dogs? Yes.
6. Favorite TV show? I’ve been watching Friends on Netflix.
7. Do you believe in ghosts? Not really, but sometimes I get creeped out when my imagination gets ahead of me.
8. What do you drink first thing in the morning? Orange juice, tea, pop or beer. Could be any of those.
9. Can you do a push-up? Yes
10. Favorite jewellery? I don’t have jewelry.
11. Favorite hobby? Target shooting
12. Do you have ADD? I don’t think so, but some people think I do.
13. Do you wear glasses? Yes
14. Favorite cartoon character? Bugs Bunny
15. Three things I did last night: Watched the Tigers, watched a few episodes of Friends, went to bed.
16. Three drinks you drink regularly? Orange juice, iced tea, beer
17. Current worries: A certain someone I care about who lives in a less pleasent area of Flint.
18. Do you believe in magic? There are many kinds of magics.
19. Favorite place to be? Home
20. How did you ring in the New Year? Didn’t do anything special.
21. Where would you like to go? Hunting
22. Name five people who would do this? No
23. Favorite movie? The Bourne Identity
24. Favorite color? blue
25. Do you like sleeping on satin sheets? I don’t know if I ever had.
26. Can you whistle? Somewhat
27. Where are you now? In my office.
28. Where would you rather be right now? Hard to say.
29. Favorite Food? Steak
30. Least favorite chore? Don’t think I have one.
32. What’s in your pockets? Keys and magnifying glass.
33. Last thing that made you laugh? I guffawed when one of Tom Brady’s passes was intercepted a while ago.
34. Favorite animal? Dogs and cats
35. What’s your most recent injury? I seem to have done something to my left elbow. Might not be able to hunt with the regular bow this year like I had planned.
36. How many TV’s are in your house? One
37. Worst pain ever? Can’t say
38. Do you like to dance? In private
39. Are your parents still alive? Yes
40. Do you like camping? I haven’t been camping in forever. I’m not really interested in camping, unless it involves hunting. 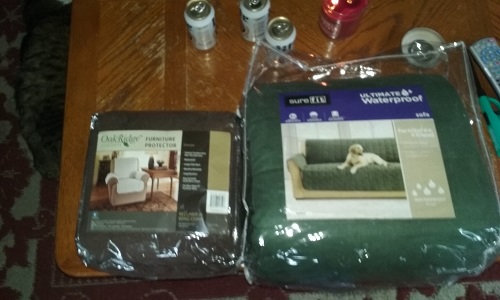 I’ve been without a couch for over a year now. I have to take my office chairs into the living room if I want somewhere comfortable to sit while watching my sport teams. I would like to get a sectional couch, but it might be a while before I can.

My mom and dad plan to get new furniture, and they offered me their old couch and armchair. But after losing three couches to pets, I don’t want to take any chances.

I ordered these waterproof covers, so they would be here when we bring over the couch and chair. The reviews of these covers are mostly good, though a couple reviews say the covers don’t stay up very well.

I have some ideas of how to get the covers to stay up and I’ll make something work. If I have to staple them down, I will. I’m having a meeting at my house next week, so I hope we can get the couch and chair over before then.

Just finished cleaning the bedroom. Been at it all morning. And I decided to rearrange the furniture. Now the bed and the bedside table are on the other side of the room, and the dresser is turned another way. The room seems to have more space this way.

Now I’m having a beer. The Tigers start at 1. I’ll probably be cleaning the kitchen and watching the game during breaks. 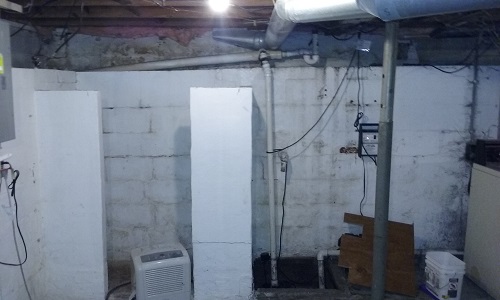 On Saturday, my dad was here and we were going through the house fixing things. We discovered another plumbing problem.

In the basement, the sump pump appears to be pumping into the main sewer line, but after a few minutes of the laundry tub draining into the sump basin, the sewer line backs up and starts overflowing out of the water softener drain and running down the basement wall.

My dad and I figured there might be an obstruction in the mainline. I informed my landlord. Today, a guy from a sewer cleaning company was here. The guy worked on the kitchen sink first and it’s draining very well now, though I can’t say if it’ll keep that up.

He said they’re going to have to cut the mainline in the basement, to work on that pipe. Also, he found a break in the mainline, outside, where it goes under the ditch at the edge of the property. He said they’ll have to dig that up and fix it.

The break in the mainline is why I’ve been having these plumbing issues.

Just bought this Black & Decker hedge trimmer from a friend. It will be getting used soon. 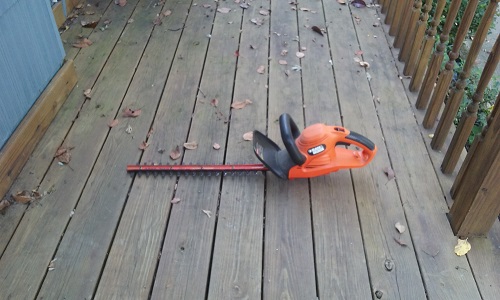 Thank goodness for Shipt.com. When I really need beer and can’t get a ride to the store, I have it Shipt. 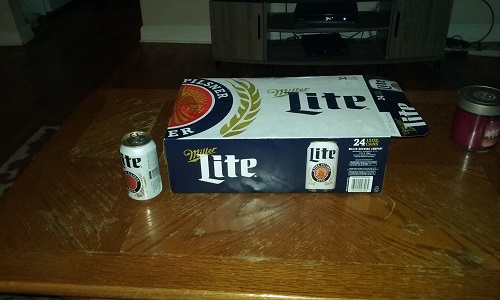 That coffee table had been out by the road for five days. It was gone when I got up this morning. Someone wanted it after all.